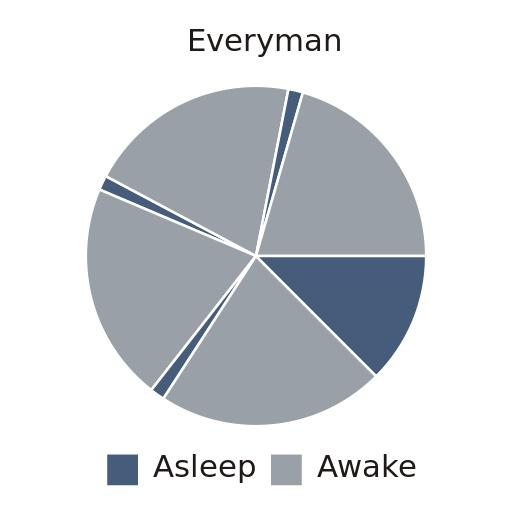 Other than the everyman sleep schedule, there are a bunch more. The image below comes from wikipedia and sums it up very nicely (click to enlarge).

As you can see the schedules range from adding a siesta to your day, to changing your whole life around. As I write this I'm considering segmented sleep with a siesta...

Very simply: time. My typical day on everyman would be something like:

It left plenty of time for the things that needed doing, the things I wanted to do and then some more. My productivity was high, and I never felt any time pressure. Where my friends would worry about finishing a paper after dinner, I knew I had half a day left, and then the early morning again. And fresh as a peach...

Disadvantages of the everman sleep cycle

It sounds awesome doesn't it? it's not all moonshine and roses though. I noticed some, eh, odd effects:

If you feel like trying the sleep cycle, go about it the following way:

Some tips from my experience: