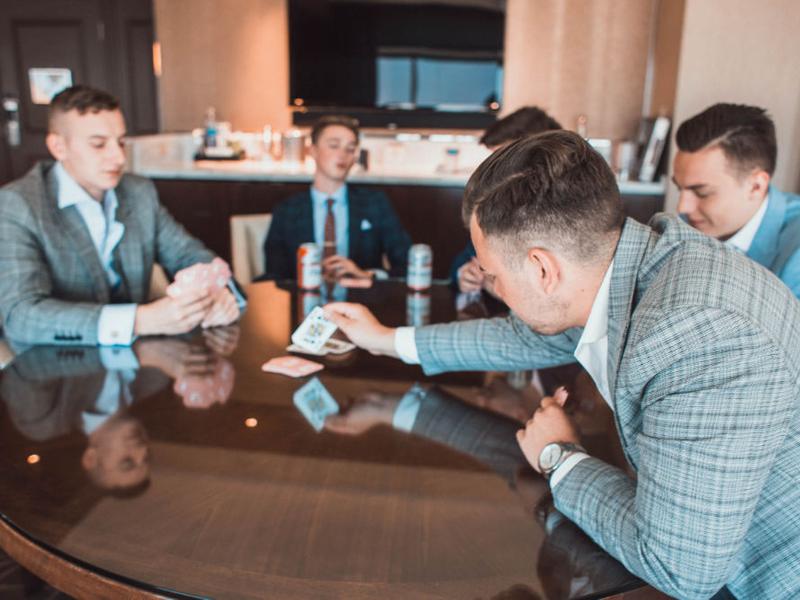 Disclaimer: the world is a messy place with messy humans. This means that math rarely paints an accurate picture of reality. Keep this in mind as you read this post. My goal is to show you principles you can use to make decisions.

Investing is about making a decision now that will pay dividends later. Working out for example is an investment in your health because you know it's good for your body.

As a general rule, investing is not about guessing. In the working out example above, you are pretty certain working out has a good payoff.

Speculating on the other hand is more about guessing and human psychology. If you go to a casino to play poker, you might think you will make money because you can read the other players.

Buying a house and renting it out is an investment. You pay money now and can calculate how much profit you will make over time.

Buying a Bitcoin is speculation. You are expecting other people to pay more money for it in the future.

Calculating the value of an investment

Let's say you are considering buying a house as an investment. I would classify that as a business as I described in the last post. Buying a business (in this case a house) means you:

Note that I am excluding house price increases in this. The reason for that is that those are speculative. They are more about human psychology than predicatble math.

Based on the above we can say that:

The above assumes 0 maintenance and 0% tax for illustration purposes, thus is not realistic.

The big question now is: is that worth it?.

The answer is desceptively simple: it depends on whether you have better options. If your bank offers a 7% savings account, the above real estate business (remember: if it generates income we call it a business) is not more profitable than your 7% bank account.

Valuation of a stock

What I'm about to describe is known as value investing, which is about calculating some form of fundamental value in a company. Much of what you hear about the stock market is actually speculative news. If Apple stock is up 20% today that doesn't mean Apple is selling 20% more iPhones today, it means people are willing to pay 20% more for it today.

Those of you with a childhood where collectibles like baseball/pokemon/magic cards played a role, you know what I'm talking about. Once in a while the entire school is obsessed with one type of collectible item. During that week everyone wants it, and 2 weeks later people forgot about it. The day-to-day value was based on emotion.

Value can be measured in many ways, popular metrics include:

These are common metrics to express the value of a company from different angles.

Price/earnings represents the current price of a stock in the market relative to the last known earnings. If Tesla stock is worth €100 and their earnings are €5 per share, the p/e is €100 / €5 = 20. Meaning if nothing changes in the earnings, it would take 20 years to break even.

Price/book represents the price relative to the things a company owns. If Unilever trades at €50 and their book value is €100, this means their p/b is €50/€100 = 0.5. This would mean that if you buy a share and the company sells all it's stuff (buildings, cars etc) you would get €100 for every €50 share. Which would be a great deal, and it does happen in reality sometimes, for example in the case of Warren Buffett buying the Washington post:

“We bought all of our WPC holdings in mid-1973 at a price of not more than one-fourth of the then per-share business value of the enterprise. Calculating the price/value ratio required no unusual insights. Most security analysts, media brokers, and media executives would have estimated WPC’s intrinsic business value at $400 to $500 million just as we did. And its $100 million stock market valuation was published daily for all to see. Our advantage, rather, was attitude: we had learned from Ben Graham that the key to successful investing was the purchase of shares in good businesses when market prices were at a large discount from underlying business values. ~ Warren Buffett of Berkshire Hathaway

Shiller p/e also known as the Cyclically Adjusted Price to Earnings (CAPE) takes the earnings of the past 10 years (known as E10) and divides the price by it. For example, if Coca Cola shares are €20 and over the past 10 years they made €5 per year (adjusted for inflation) on average, their CAPE is €20 / €5 = 4. The idea behind the CAPE is that the p/e might be extremely positive/negative based on 1 year of data, and the inflation adjusted average gives you a clear long-term picture. It is a back-tested metric by Nobel Laureate Robert Shiller shown to correlate greatly to investment returns over the long term.

Price/earnings/growth divides the p/e by the expected earnings growth of a stock. I include it only because it is commonly used. In my opinion it is not a value indicator since analyst growth predictions are often wrong.

Speculate when you have an unfair advantage

Speculation is not investing, it is gambling on what other people will do. You can view it a bit like a game of poker. Often there are external components (like the chance elements of the cards in poker), but whether you win or lose depends on the behaviour of the other players.

In my opinion the only reason to speculate is when you have an unfair advantage, like knowledge or an understanding that other peopel don't have.

I invested in the Ethereum project, because I believed that I knew something that the rest of the world didn't at the time. Specifically I had studied the Gartner hype cycle, knew the value of teams through exposure to the startup ecosystem and my combined understanding lead me to believe that this team could make what they claimed and that the world would want these 'Ethereum coins' later in the future.

Summary: investing should be boring

When investing (not speculating) you should be able to estimate your returns with relative accuracy. The less sure you are about the returns of an investment, the more likely you are not investing but speculating.

By extension, investing should be boring as oposed to exciting.

When speculating, remember you are playing poker. Unless you know something the other players do not, I suggest refraining. Remember: there is a legion of clever, motivated and well funded traders speculating in the market. If you think you are being clever, remember to be humble. The world is full of clever people, and they are the other poker players.